The History of Belt 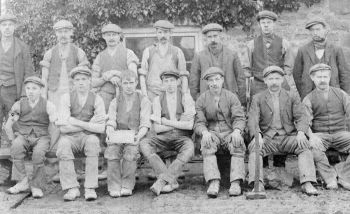 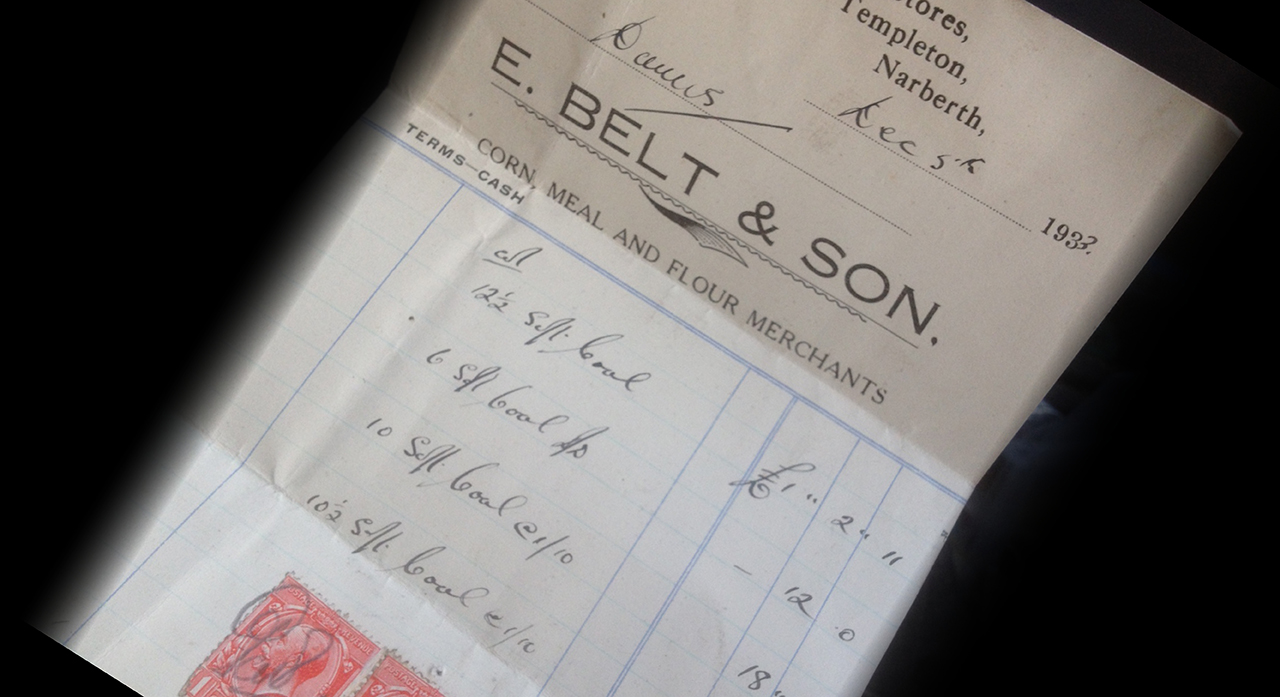 Delivering coal to the farms of the parish, Bernard Belt (William & Edith’s son) saw an opportunity to ‘back haul’ and began trading grain & feed with the farmers under the watchful eye of his mother. 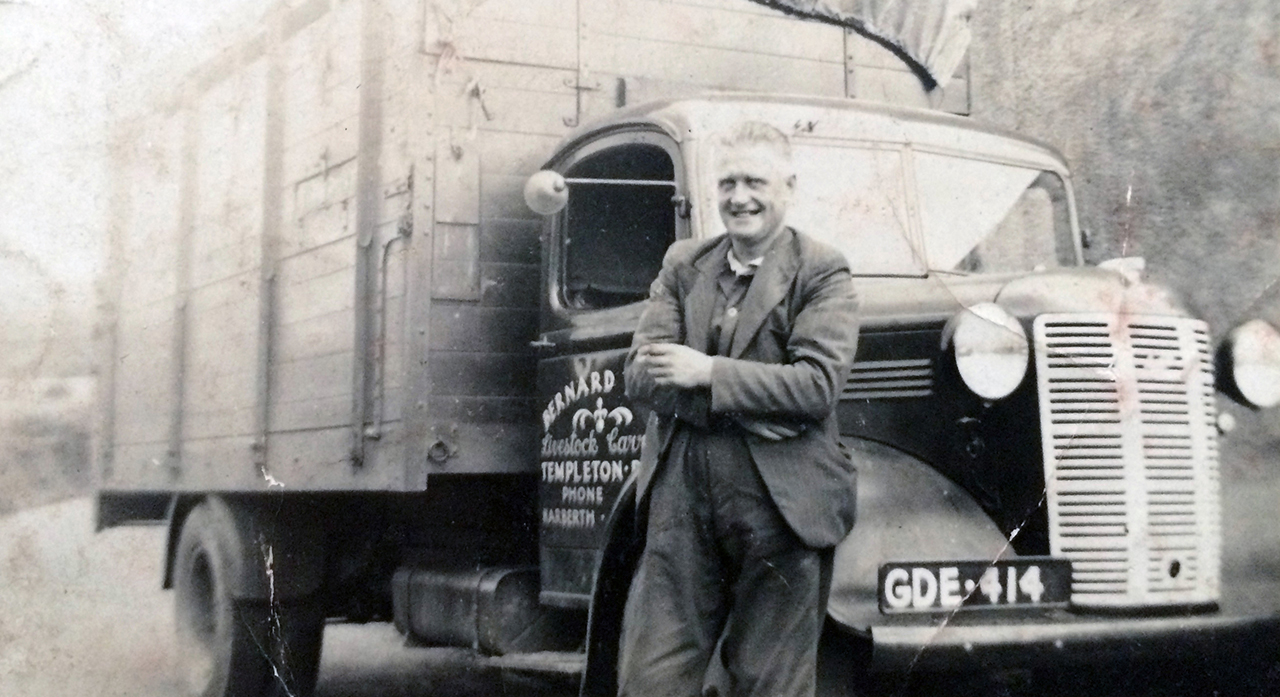 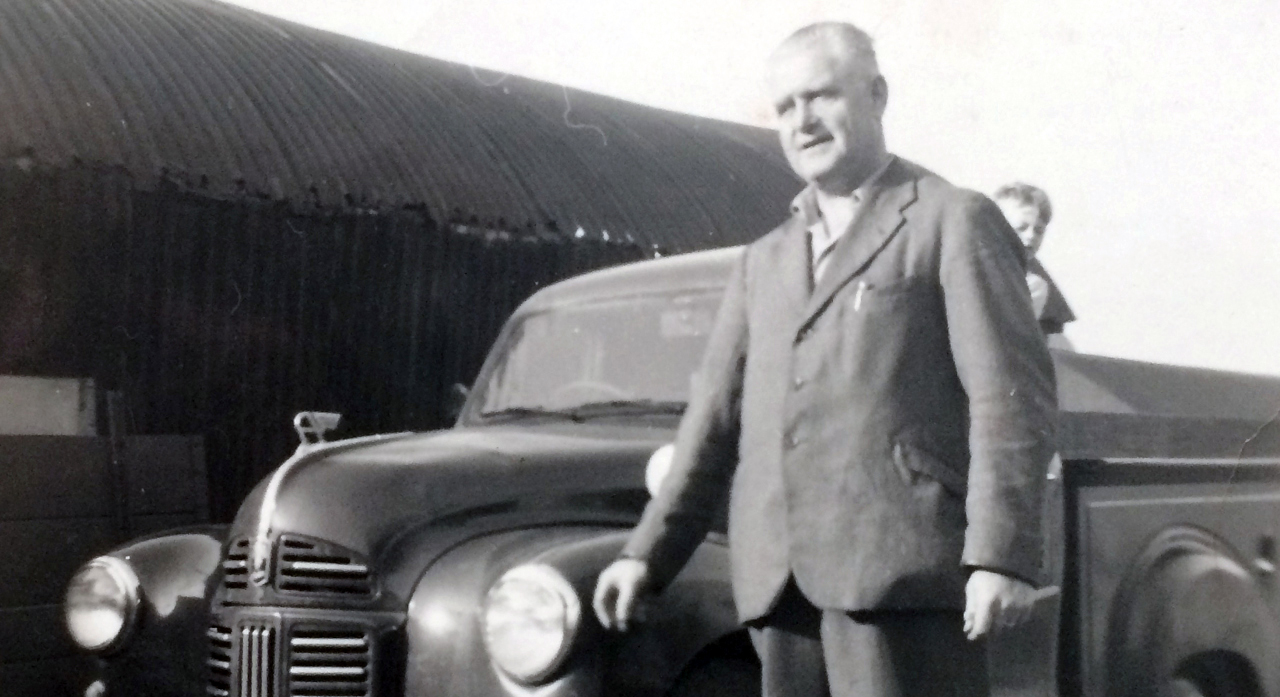 Bernard Belt (William & Edith’s son) takes the reigns and diversifies further. Probably the first steps in drinks distribution were hauling churns of milk from local farms to the dairy in Whitland. 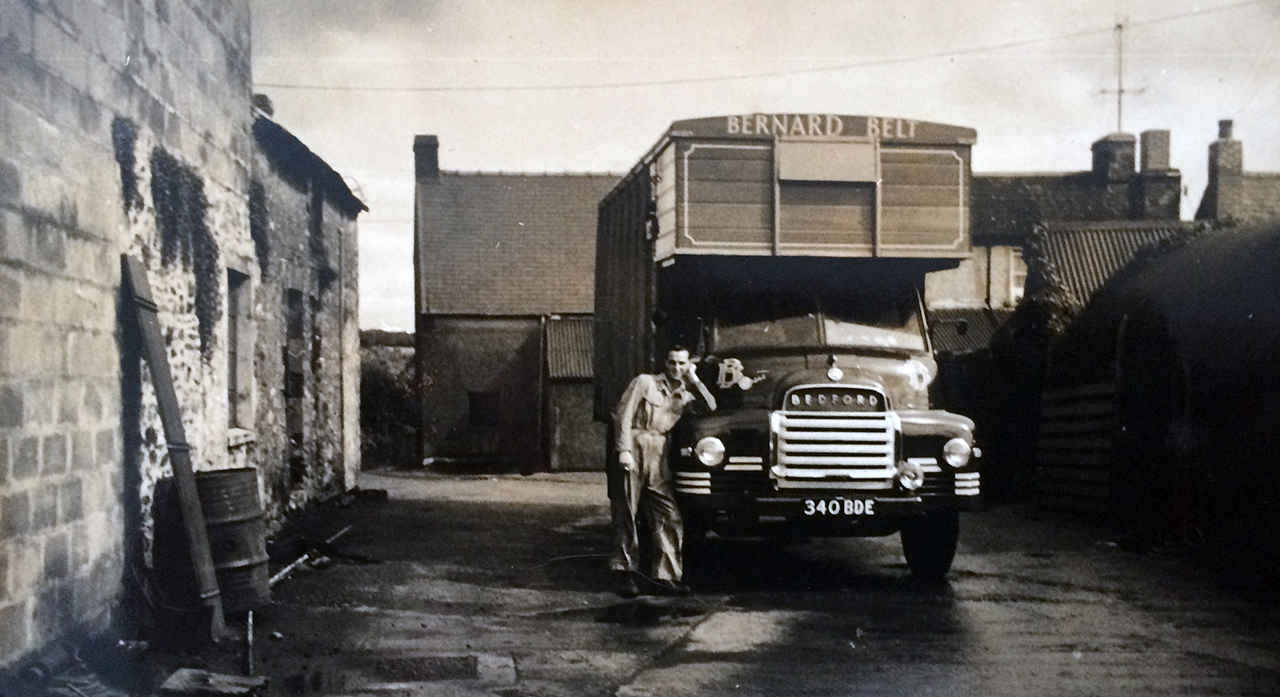 The relationships within the farming community gave opportunity for further diversification with the introduction of livestock transport. No easy task but the box bodies could be stripped down to flatbeds to be used for transporting bagged milk churns. 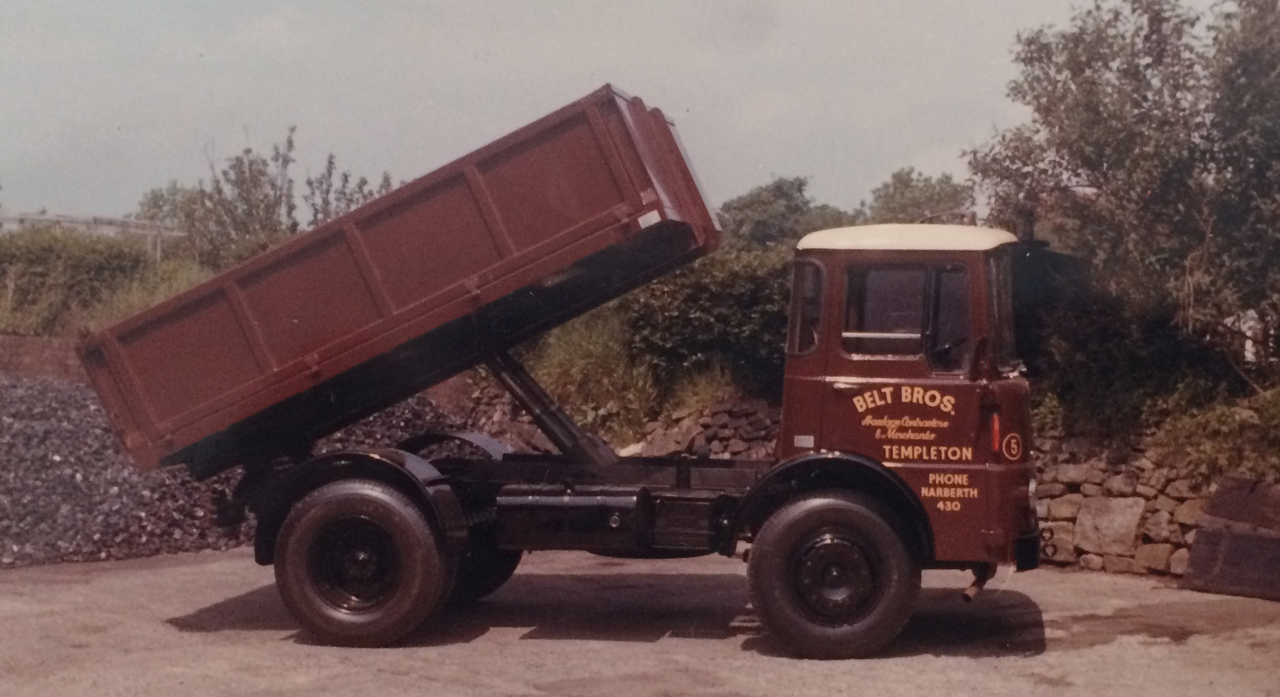 Bernard & Nancy’s sons William J Belt (Billy) & David Belt took over the business. The Industrial revolution had reached West Wales with the construction of the West Angle Power Station and the oil refineries either side of the Haven estuary. This economic boom saw the introduction of tipper lorries into the fleet.

Cattle feed was now being collected from Avonmouth and fertiliser being delivered by rail to Haverfordwest station. 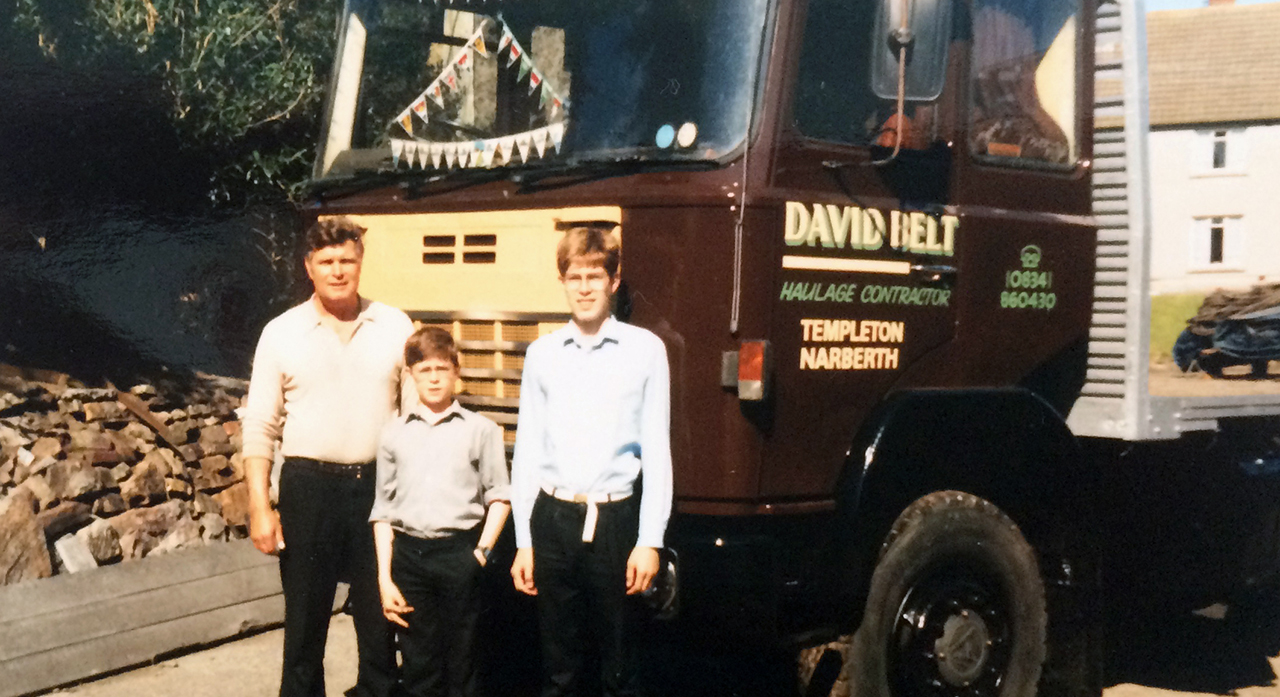 Billy & David were two very different characters and subsequently went their separate ways. WJ focused on long distance haulage and Irish traction for B&I Ferries, whilst David continued with the tipper fleet and the locally based agricultural economy. 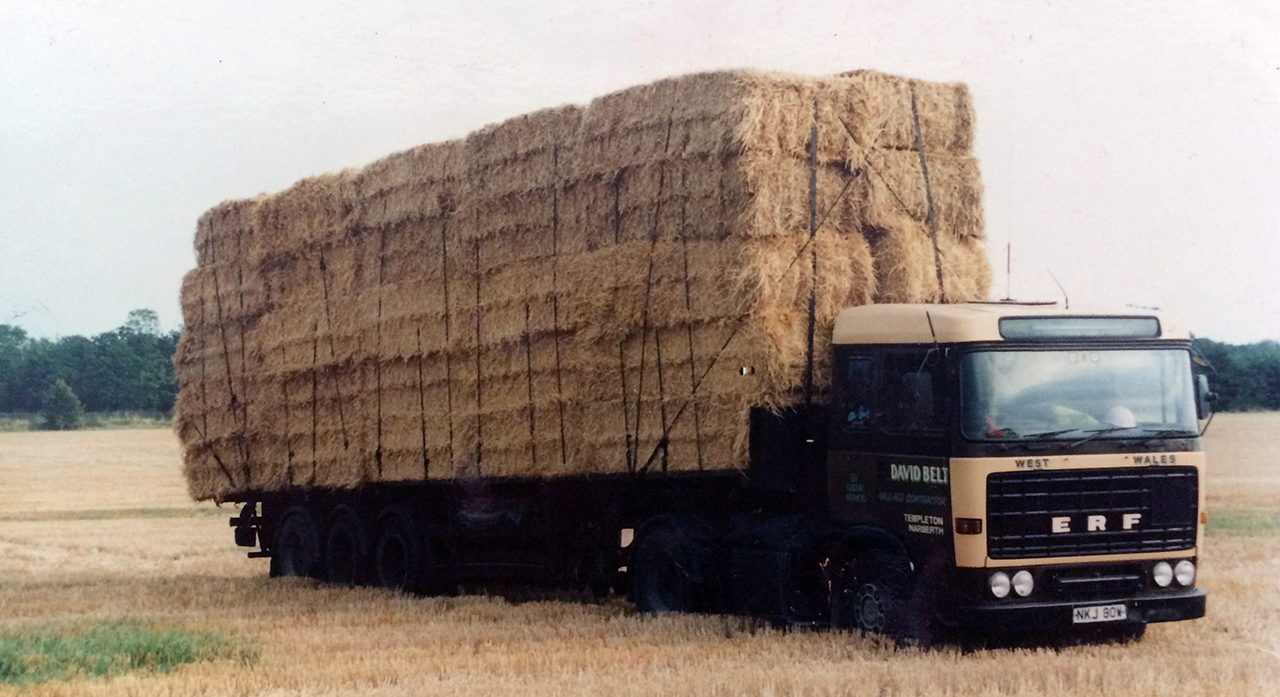 The fleet by now was as versatile as ever consisting of Leyland tippers with drop sides for potato, fertiliser, milk powder & animal feed transport. By the early 80’s a 4×2 AEC flatbed had sneaked into the operation, then a 6×4 Seddon Atkinson flatbed and in 1986 it was accompanied by the first Artic in the fleet AHT219V a Gardner 240 powered Sedddon Atkinson 400. 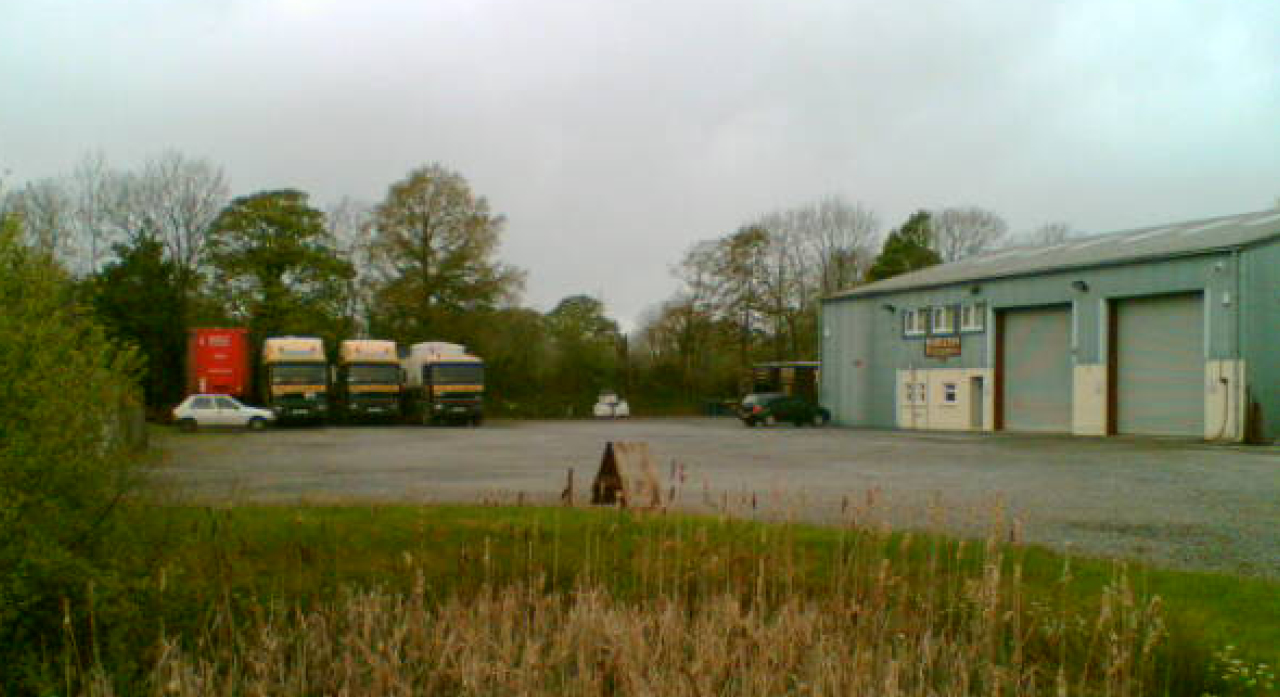 The Seddon was soon joined by a couple of ERF tractor units, Belt Transport by now was split into a local tipper fleet and a long distance arctic fleet. The county was ‘exporting’ milk, potatoes & water and ‘importing’ fertiliser, animal feed and cement. The fleet had outgrown Brynteg yard and relocated to Goose Green, a portion of land at the bottom of the village which was developed into today’s warehouse & transport company. 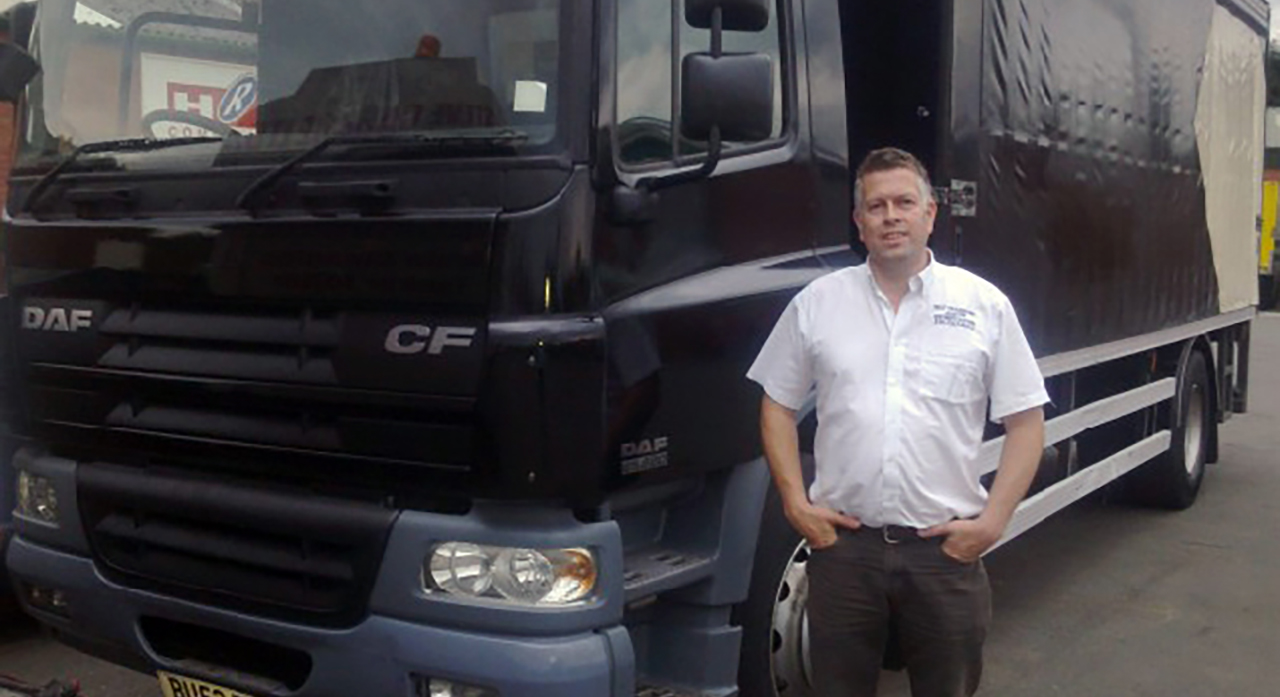 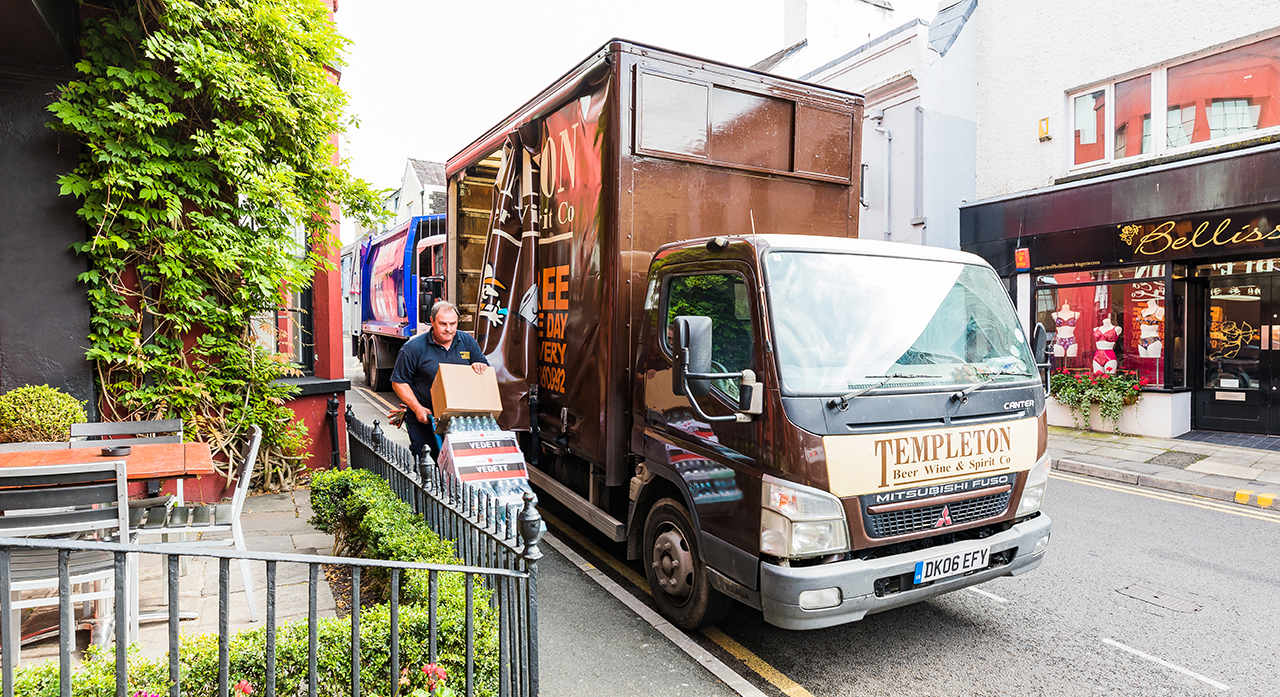 At the end of the LNG Gas boom it was obvious West Wales was going back to sleep. Lyndon had created a sister company Templeton Beer Wine & Spirit Co in 2008 to supply drink to the West Wales hospitality trade. Mitsubishi Canters & Transit vans had been introduced to the fleet as a dedicated 7 days a week drinks logistics division. This attracted custom from global brewers who could not provide the service levels being dictated from a distant M4 hub.

By 2011 the tough decision was made to drop the 44 tonne side of the business & focus on dedicated drinks logistics.

Being in the haulage business for four generations means we know what our customers want. That's why we go the extra mile to give you the very best customer service. As a local, family company, we've built up a loyal, hardworking team who know the logistics business inside out. Together we deliver a reliable, professional service year after year. We’re always happy to help with your enquiries. To ask about our drinks logistics, warehouse and distribution or courier services in the West Wales area, give us a call on 01834 860992.